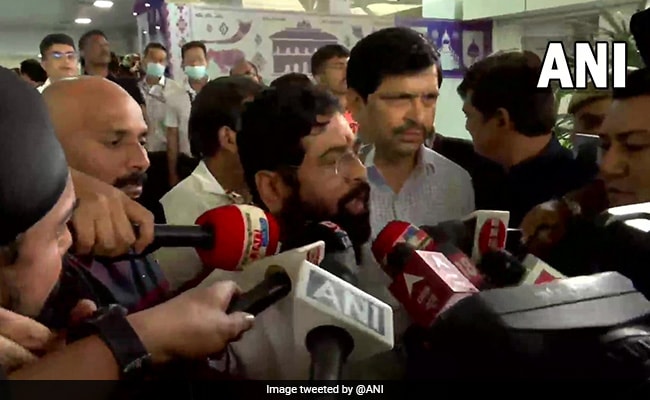 The rebel MLAs said they do not have any complaints against the Shiv Sena leadership.

A Maharashtra Shiv Sena minister, who is among the dissidents led by party leader Eknath Shinde, on Wednesday said they do not have any complaints against the Sena leadership, but they have been upset with the style of function of the Nationalist Congress Party (NCP) and Congress, the other two ruling alliance partners in the state.

The Shiv Sena MLAs, who have rebelled against the party, plunging the Maha Vikas Aghadi (MVA) government in Maharashtra into a crisis, arrived in Assam’s Guwahati city by a chartered flight on Wednesday.

Speaking to a TV channel over phone, Maharashtra minister Sandipan Bhumare, who is among the dissidents, said, “We do not have any complaints against the Shiv Sena leadership. We have raised our complaints with Chief Minister Uddhav Thackeray, that it was getting difficult to work with the NCP and Congress ministers. It was very difficult for us to get our proposals and work requests approved from their ministers.”

To a query, Mr Bhumare said he was given a cabinet portfolio and was satisfied with it.

“What else do I need in life. But, as a people’s representative, I need to address the grievances of my people. I could not do it properly because of these two alliance partners,” he added.

“A couple of more MLAs will join us by today evening. We also have the support of three independent MLAs,” he claimed. Mr Shirsath also targeted state NCP and Congress ministers and claimed their “hostile behaviour” forced the Sena legislators to revolt.

(Except for the headline, this story has not been edited by NDTV staff and is published from a syndicated feed.)

Previous Bitcoin Holds on to $20,000 While Ether, Major Altcoins Slip Under Recession Fears
Next “Shah Rukh Khan Sweetly Apologised” For Being Late To Ad Shoot